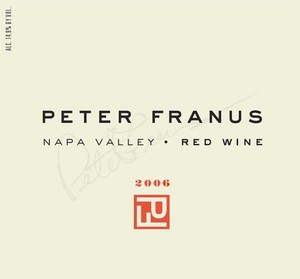 Cabernet Sauvignon is very much the driving force of wine production in Napa Valley. It performs extremely well and typically commands the highest prices for grapes as well as wine. Because I have been in Napa Valley for 30 years, I can say this—it is a resilient grape and not terribly difficult to grow, and from a winemaking standpoint, not terribly difficult to make. The challenge, however, is to make a wine with personality that distinguishes itself from the pack. When everyone is using similar barrels, similar clones, and similar everything, how do you make
that happen?

Enter Merlot and Cabernet Franc. I have the good fortune to work with some extraordinary Merlot and Cabernet Franc, both coming out of Carneros. They perform extremely well on their own, but when blended together with Cabernet Sauvignon, the resulting wine is elevated to an entirely different level. My goal has never been to knock you over the head—those are easy wines to make. I want to intrigue you with layers, complexity, and nuance. That is the driving force behind my Napa Valley Red Wine. Intuition guides me as I select a handful of barrels that I feel
are offering something a little special. The blend will vary from year to year and “Red Wine” freed me from the restraints of calling it Cabernet Sauvignon.

2006 literally began with incredible rains and flooding. The rest of winter was long and wet, resulting in late budbreak and bloom. A record-breaking heat wave in July stressed the vines some more. Warm dry winds in the latter part of September pushed harvest into full swing, although for most it typically began a couple of weeks later than normal.