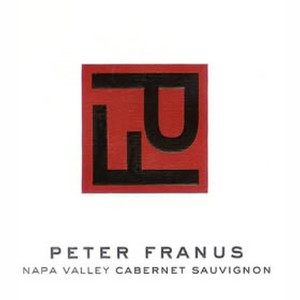 I have produced wine in Napa Valley for over 30 years—mind-boggling sometimes when I think of it! In every year of those three decades, I have made a Cabernet Sauvignon, first at Mount Veeder Winery, and then under my own label since 1992. I have worked with numerous vineyards over the year, and with confidence I can say, I know Cabernet Sauvignon. Don’t take your chances with a newcomer; place your bet with Peter Franus.

I have just returned from a week in Montreal, a remarkable city for food and wine. The orientation is definitely toward French/Old World wines. It is one of our very top markets, which says a great deal about our style of wine—elegant, balanced, and focused. That defines the goal I aim for when I make my Cabernet.

Terry Wilson’s Rancho Chimiles is in the southeast corner of Napa, just south of Stags Leap, and provides grapes for some very highly regarded wineries in Napa. His Cabernet Sauvignon is typically muscular, dense and concentrated with consistent quality year after year and provides an excellent backbone for our wine.

For those who think flat and foggy Carneros, they are surprised to learn that the northern boundary of the appellation—where Truchard and Stewart Vineyards are located—is quite different. Rolling hills and less fog provides an ideal environment for Bordeaux reds. The Cabernet Sauvignon from this region tends to add softness, acidity, and forward, almost floral notes to the final blend, while the stunning Cabernet Franc adds another structural and aromatic component. The Stewart Merlot is so fabulous year after year that we began bottling some on its own.

Our 2008 Cabernet has sneaked up on me, continuing to elevate itself in the wines of the decade. Dark ruby, youthful, and initially brighter than the brooding 2007, forward aromas immediately leap from the glass— lavender, black cherry, hint of coriander, vanilla, white pepper. It offers the perfect weight for a Napa Cabernet with impeccable balance, harmony, appropriate acidity, and focused structure. It should age beautifully. This is a wine with expansive flavors that are seductively palatable. I am confident this “sleeper” vintage will intrigue, captivate, and satisfy.